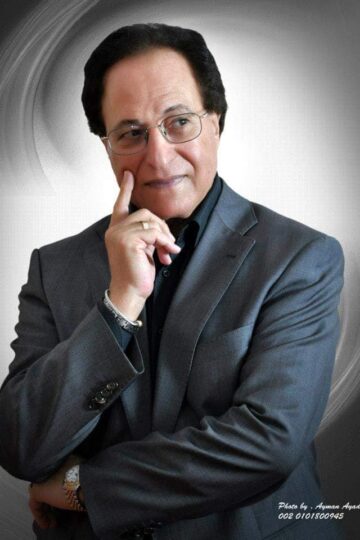 “The only way to achieve immortality is to share everything you know.”
Dr. Mo Geddawi

The legend of oriental dance. Artist, choreographer, teacher – all that and many many more. It is our great honor and privilege to have Dr. Mo Geddawi as one of the teachers of Bellystream.TV.

We will not try to share his biography here, it is too long and it can’t be done better, than on his official website www.drmogeddawi.com. Here are just some short excerpts:

A teacher, dancer, and choreographer of oriental dance, Dr.Geddawi is a native of Cairo who has made his home in Berlin, Germany for the past twenty years. He is also a doctor of tropical medicine and is openly appreciative to have this mentioned second to his “first love.”

Characteristically self-effacing, Dr.Geddawi refers to many of his talents as luck; his opportunities as coincidences; and his accomplishments as blessings.

Of course, being Egyptian, song, and dance was a natural part of Dr. Geddawi’s life, but it was apparent that he had an uncommon talent and fascination for dance from a young age. He would go to the movies of Fred Astaire, come home, and imitate the steps he had observed. Two or three times a week, when friends and family would customarily get together in his home for dinner or for some other celebration, Mo, the young star of the family, was usually coerced to sing and dance.

His beginnings in the formal study of dance began with “luck.” King Farouk’s cousin, Saida Sutaire, was an excellent dancer who has studied classic ballet in Paris. Egypt being a Moslem country and Saida being of the royal family, Ms.Sutaire was not allowed to perform in public.

Persistent in her interest and love of dance, she established a ballet school in her palace. She procured her students by handpicking talented children from the schools to study with her without cost. Visiting Mo Geddawi’s school simply as a member of the royal family, young Mo did not evade her observation. He was the only one in his school to have been selected by Ms.Sutaire to be her pupil. “It was just a coincidence…She was a tough lady. She was already over 60. We had to work every day from four to six hours [1952-57]. She did not want money. It was just to satisfy her. She worked very hard with us.”

Ballroom dancing was a part of most social and sporting events. Every Friday and Saturday evenings, there were parties at country clubs were live bands and dancing presented performing opportunities. Apart from ballet lessons, Mo became interested in ballroom dancing. “This was a time for me to practice performance. I was everywhere, wherever there was a party for dancing. I started to enter dance contests for rock-n-roll, the cha-cha-cha. I won many of these contests because, you know, it was just in my blood.”

Simultaneously, Mo Geddawi joined a sports club for diving and organization where “coincidentally” Mahmoud Reda was in training for gymnastics. Geddawi’s brother was on the same team as Mahmoud, and they all became friends. “On one of these evenings of ballroom dancing, my brother was there. Mahmoud Reda was there. I was dancing, doing the tango and this and that. At that moment Mahmoud Reda approached me seriously, and he said that he would like to start an Egyptian dancing group.”

“We were only six boys and six girls which started to train. It took us two years of training, and our first performance was in 1959 [in Cairo]. The training was at Farida Fahmy’s father’s house, Professor Hassan Fahmy. He was the godfather, and of course, most of the ideas were his.” As a small and private group, just embarking on an unknown future and with no financial support, it was extremely difficult. The twelve who started the group “were talented people who loved the dance and just did it.”

There are now many different folkloric troupes with almost every town being represented by a group. The Reda Troupe, though it has gone through many changes and, according to Dr.Geddawi, began its decline in the early 1970s, is still considered the leading dance group.

Dr.Mo Geddawi left the Reda Troupe in 1964. He was disappointed and disillusioned by the results of nationalization, and his sadness at the sequence of events is evident. He eventually chose to leave Egypt, but he did not abandon either his desire to dance or to transmit the essence of Middle Eastern culture with an untainted enthusiasm and passion. Shortly after leaving the Reda Troupe in 1964, Dr.Mo Geddawi also left Egypt.

Following the whims and fortune of opportunities that seem to follow him, Mo went to Germany. Of course, as is Mo’s way, he spent as much time in dance as in his studies, teaching folkloric, oriental and interpretative dance at the university. “I planned to go back to the American University to teach after getting my Ph.D., but I also had the desire to travel around in Europe…“

“In the meantime, I also applied for a permanent job in Berlin, which I did not actually want. I wanted to travel! As luck would have it, I was offered the position. But not wanting it, I asked for more and more money, and each request was accepted. In fact, I was very honest in the interview, telling the interview about all my weaknesses.” Mo did accept the position and has been with the same company since; and with luck, his numerous business trips often coincide with teaching seminars outside of Germany.

Though he chose not to establish his own studio, he teaches regularly on a private basis and is director/choreographer of his own troupe, The Hathor Dance Troupe, of which he is very proud. Created in 1985, he started with dancers who were already well known including Beata Zadou and three Americans Jalila, Adona, and Feiruz. “It is amazing that most of the dancers that came to Germany were American.” Amongst troupe members today are principle dancers Gabi, Sabina, and Randa.

The goals of the Hathor Troupe, named for the Egyptian goddess of fertility, love, dance, and music, are the internationalization of Egyptian and oriental dances; to train Germans and people of other nationalities in Germany in the art of oriental dance; and to present these dances to the European public and to Arabs living abroad.

Dr.Geddawi himself, besides being a successful dermatologist, is multi-talented in the arts. During his busy dance career, he has worked in many feature films and TV series in Europe and the Middle East, if not as a dancer or choreographer, then as an actor. His most memorable experiences include: “The Second Man”(feature, Egypt, 1972) with Samia Gamal and Sabah; “Summer Vacation”(feature, Egypt, 1963) with the Reda Troupe; “A Man From Alaska”(feature, Austria, 1972 with Douglas Mclaire); “His Divorce, Her Divorce”(TV series, England, 1972) with Elizabeth Taylor and Richard Burton; and “The Lawyer”(TV series, Germany, 1973). “I am glad and presumed ‘lucky’ to have been given all these opportunities.”

But what Mo Geddawi is most ardent about is Middle Eastern dance: “I love the dance. I think I would like to contribute to the dance as much as I can. I would like to encourage as many people as possible to do belly dancing; to help dancers and teachers to do it the right way, according to my knowledge, to do what I can. When you have the knowledge you should not take it to the grave. You should communicate this knowledge to people, so it carries on…for continuation.”

Dr.Mo Geddawi : A Man of Coincidences 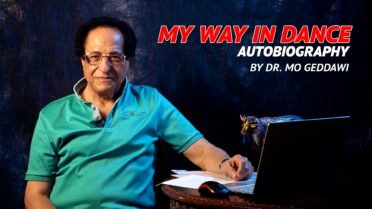 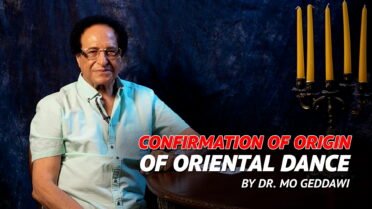 Confirmation of origin of oriental dance by Dr. Mo Geddawi 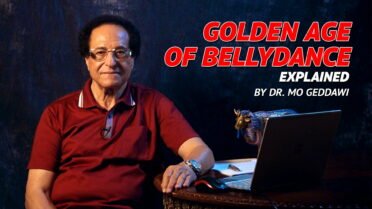 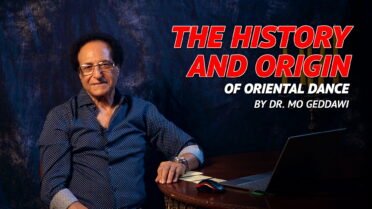 The history and origin of Oriental dance by Dr. Mo Geddawi